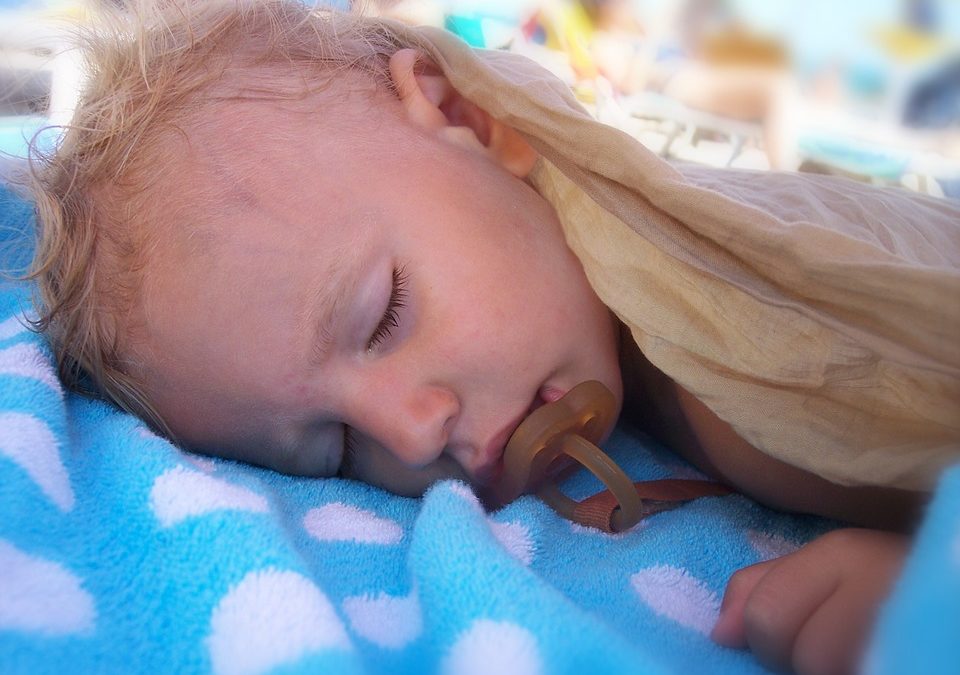 Nap time is an important part of a young child’s routine. Not only do daytime dozes help them rejuvenate their minds and bodies as well as reach important physical and mental milestones, they also offer the opportunity for parents, babysitters, and nannies to catch up on their to-do lists or put some self-care strategies of their own into practice.

Getting children down for a nap isn’t always as easy as putting them in bed and wishing them sweet dreams, though — and with some kids, it’s a downright battle of wits. Whether you’re a parent, sitter, or nanny struggling to get a little one to drift off to slumberland, these tips can help.

Kids thrive on a schedule, so one of the single most important things you can do to help your child get ready for rest is to make it a regular part of their routine, including on weekends. When their nap is an established part of their daily groove, their body will naturally be ready for it when slumber time rolls around.

Infants and babies generally need a nap about two hours after waking up in the morning as well as a couple of afternoon naps, which are usually spaced out every few hours from the time they wake up from one bout of rest. If you have a toddler who naps in the afternoon, an hour or so after lunch is usually a good time to schedule it. This way, they won’t hit the hay while they’re hungry, and you’ll have some time post-lunch to help them unwind. If they go to daycare, be sure your at-home nap time is consistent with their daycare routine.

You also need to have a routine leading up to nap time. Your pre-sleep ritual will probably take some trial and error to get right, and it will likely change over time as your little one grows. No matter their age, these tips can help your child fall asleep at nap time:

If your kids are resistant to napping even if it’s part of their routine, use it as a bargaining chip. For example, a child who doesn’t settle down for a nap doesn’t get the privilege of watching 30 minutes of evening TV. This approach can be an especially effective way to help toddlers and older kids develop, because it includes them in the decision-making process: if they don’t take a nap now, they’re making the decision not to watch TV later. This teaches them there are consequences to the choices we make in a kid-friendly way.

You can also let your little one be a decision maker when it comes to certain parts of the routine leading up to and during nap time. For example, let them choose which music they’ll listen to, book they’ll read, and stuffed toy they’ll sleep with. The nap itself is non-negotiable, but letting your kid have a say in the details you ultimately don’t care about may make it more appealing to stubborn little ones.

Kids who have regular physical activity are more likely to be tired when nap time (not to mention bed time) rolls around, so be sure your kid has some physical activity lined up during their day. Playing outside is irresistible to just about every little one, but if you can’t head outdoors, dancing to music or monkeying around at an indoor play gym are fun options.

Cut out caffeine and sugar

As a general rule, kids who are at an age where they need naps shouldn’t consume caffeine, but it’s a sneaky ingredient in foods they often eat, including ice cream, chocolate, and even cereal. Be sure to limit treats containing caffeine as much as possible, especially within two hours or so before nap time.

Sugar can be just as stimulating, and while it’s famous for producing a (sometimes welcome) sugar crash in kids, overdoing it on the sweet stuff shouldn’t be part of your daily routine. It’s hard to completely avoid sugar in processed foods, but at least keep it to a minimum, especially within a couple of hours before nap time.

Children are more receptive to heading to bed no matter what time of day it is if they know they’ll be in a comfortable, soothing space. If they have trouble sleeping at night and at nap time, consider switching out their bedding for something higher in quality; it should be soft and provide warmth without overheating them, and it shouldn’t make them itch. Also be sure their bedroom is set between 65 and 70 degrees. If you have a special needs child — such as one with autism or attention-deficit hyperactivity disorder (ADHD) — with sensory issues, be sure to talk to their pediatrician or mental health specialist about any other measures you should take to make them as comfortable as possible.

Young children are curious by nature — they’re at an age where they’re learning all they can about the world around them, so they’re easily distracted. Remove any obvious sleep disturbers, especially those that have the potential to be sneaked into the bed with them, such as electronics and games.

Also pay attention to natural and digital light that may keep youngsters awake. Natural light signals the body to be awake and alert, so keep the bedroom as dark as possible with window shades, blackout curtains, or even a sleep mask for your little one, if they’ll wear it. Dimming the room about a half hour before nap time can help the wind-down process as well, and your child won’t have to transition from a bright room to a dark room all at once. Don’t forget about distracting electronic light from computers, tablets, and televisions; remove them from the room while the kids are down, or at least keep them shut off.

Lastly, don’t forget about ambient noise. It’s obviously important to keep your home quiet while your little one tries to sleep, but if that’s difficult, consider adding a fan or white noise machine to your child’s room, or play classical music at a low volume to help drown out noise.

Be patient with wanderlust

It’s frustrating to battle with a child who flees their bed when they’re supposed to be asleep in it, but having patience will help them adjust to, accept, and ultimately, embrace nap time. When your child gets out of bed, calmly escort them back, even if it takes several rounds. Try not to engage with them other than taking their hand or picking them up to bring them back to bed, and don’t redo any part of their pre-nap ritual. This will help enforce that getting out of bed won’t put off nap time and that they won’t be rewarded with extra stories, snacks, or snuggles when they pop out from under the covers.

Know when it’s time to say goodbye to naps

As kids get older, they don’t need as much sleep as they did when they were infants. Even though most toddlers need between 12 and 14 hours of sleep each day, their slumber schedules will likely change. As time goes on, they may transition from taking three naps to two to only one per day. Eventually, it may make more sense to forego the nap altogether, instead opting for an earlier bedtime that allows them to get a full night of sleep that logs the hours of snooze time they need for the day.

There’s no hard-and-fast rule about what age your child may give up naps, although the National Sleep Foundation reports that only about half of four-year-olds still nap. Pay attention to the cues your little one is sending. Are they normally well-behaved, but don’t show any interest in nap time? Do they try to fall asleep but can’t when it’s time to nap, but drift off easily each night? If so, they may be ready to head to bed earlier and eliminate naps from their routine.

There are all kinds of reasons a little one may have trouble going down when they’re away from home, so work with your babysitter, nanny, or daycare provider to narrow down what the issue is:

Once parents and sitters have discussed the little one’s behavior and any other cues, you can come up with a plan of action to help make nap time smoother. For example, if your child has had trouble adjusting to daycare, making their nap-time ritual and comfort items as similar as possible to what they have at home can ease the transition. Give them a snuggly toy that resembles the one they have at home, and if the child always reads a particular book, let their caregiver know. A daycare teacher who watches multiple kids may not be able to read the same story to the group every day, but your child could look at the pictures on the pages while they’re winding down.

Taking one or more rest breaks during the day is an important way to foster young children’s overall wellness, but it may take some time to make it an established part of their schedule. Be patient with your child, especially if you’ve recently made changes in their nap-time routine, and pay attention to what their words and actions are trying to tell you. If things don’t start to smooth out within a couple of weeks, reevaluate the time of day and length of the nap as well as your routine leading up to it, and make changes as necessary.